by The 'Staunch | Fact Checked ✓

Bridges and atomic swaps are two interoperability technologies in the crypto space now.

Both of them allow two independent blockchains to work together, but that only happens in different ways, and the objective they pursue is different.

Today, there are different blockchain infrastructures available to us, from wallets to DeFi and CeFi.

If an average user buys crypto from 50 different brands, that means 50 different altcoins and blockchains would be involved.

Hence, why these new technologies (i.e. Atomic swap and Bridges) we’re going to discuss in this article.

Bridges allow users to switch crypto-coins from one blockchain to another blockchain that also supports the same asset.

These features may include smart contracts, privacy, reduced fees and security.

The concept was popularized by Blockstream in about 4 years ago, when they published the Sidechains whitepaper.

Sidechain and 2-way-peg are bridge synonymous.

RSK is a very popular Bitcoin sidechain that enables users to use the cryptocurrency on smart contracts.

Different ways of implementing bridges are:

They vary on the level of centralization, and who would have to collude to break the bridge of a particular asset.

Atomic swaps is a decentralized way of exchanging cryptocurrency between two users in a DEx platform.

These coins are basically on the same blockchain (e.g. two Binance BEP20 tokens).

They are an alternative for centralized exchanges, and the benefit of using atomic swap is users don’t have to trust any third part.

Atomic swaps are much simpler to implement compared to bridges.

They use a technique called Hashed Timelock Contracts that is also used by the Lightning Network.

They don’t require any participant blockchain to implement complete smart contracts to be aware of the other.

Bridging vs swapping in crypto

If you want a simple differentiation between the concept of bridging and swapping crypto assets, then let me state it.

Bridging crypto in a layman understanding; is the process of switching the same assets to different blockchains that supports them.

Swapping assets on the other hand; is the act of converting a cryptocurrency to another, but on the same blockchain.

Both bridges and atomic swaps in crypto will be part of the future of investing in the market at large.

However, just know that crypto bridges are most expensive to implement, than when you’re trying to swap coins.

Most projects are in their infancy, so I expect a lot of development on interoperability space in the near future.

Remember that these two concepts are techniques meant for most advance users, so be careful when using the technologies. 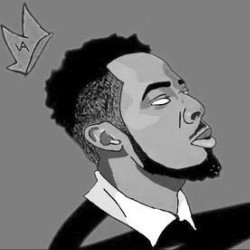